John Bovia has 35 plus  years of experience in emergency medical services dating back to his time in the U.S. military. He was one of the first paramedics to be licensed in the state of Michigan in the late seventies. John is the co-founder of Life Support Services, Inc., and has been recognized over the years as an outstanding instructor for the American Heart Association (AHA). He has trained over 200,000 health care providers including nurses, EMTs, physicians and dentists. John Bovia is a paramedic who began his medical career in the US Air Force during the Vietnam Conflict, with 2 tours of duty in South East Asia. He is a pioneer of emergency medical services in the state of Michigan. In 1984 with his wife Mary Berry-Bovia they cofounded Life Support Services Inc. In his capacity as Chief Executive Officer he has overseen the emergency management training of over 600,000 healthcare providers including physicians, nurses, dentists, technicians, paramedics, & dental team members. Life Support Services, Inc has grown to be one of the largest entrepreneurial American Heart Association training centers in the United States. LSS provides training in emergency management procedures to 16,000 participants throughout the Western Hemisphere annually. 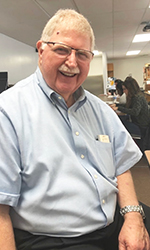 On November 18th, 2021, Richard (Dick) Mason, age 71, of Stockbridge, Michigan lost his short but hard-fought battle with pancreatic cancer. He passed away at home, surrounded by family.

Dick was born June 16, 1950 to Richard and Christine (Brennan) Mason in Owosso, MI. The family lived in Garden City, MI and were avid hockey players and fans.

Richard worked as a journeyman carpenter and later as an EMT/Paramedic. In 1974 he worked in Flint as an EMT and then as a Paramedic from 75-76 with Horne Vincent Ambulance in Ann Arbor, Ypsilanti, and Chelsea where he met his future wife Cathleen (Cathie) Martin. They were married on September 9, 1977 at St. Patrick’s Church in Whitmore Lake, Michigan.

Together they founded Emergency Specialties Services (ESS) in Whitmore Lake. ESS specialized in medical coverage of Milan and Detroit Dragways, as well as equestrian events (Hunter/Jumper Circuit) at Stoney Ridge Farm and other farms throughout Michigan. The company grew to include transfers and emergency care in Whitmore Lake, Chelsea, Ypsilanti, and Ann Arbor areas. In December of 1981, ESS was a founding company/partner of Huron Valley Ambulance of Washtenaw County.

In 1983, Richard was a founding partner of Life Support Services. He loved to provide low stress medical education and EMT/Paramedic classes to fellow healthcare providers. Dick was a dedicated Paramedic and over the years he volunteered at South Lyon Ambulance and later Stockbridge Ambulance. He was employed at St. Onge Ambulance in Rochester and managed Leslie Ambulance.

Dick supported the Washtenaw County 4-H fair as well as Chelsea Community Fair. He enjoyed watching his children show and his yearly elephant ear. He also thoroughly enjoyed boating in his free time and traveling. He will be remembered as a wonderful husband, father, friend, mentor, and instructor.  He was known and loved far and wide, and neither he nor his family could go anywhere without someone recognizing him.

Our family would like to offer our deepest thanks and gratitude to the many friends and family that supported us during this difficult time and to Arbor Hospice for their excellent care and support.

There will be a Celebration of Life on May 1, 2022 at 1pm being held at the Chelsea Fairgrounds in the Administration Building. Condolences and requests for an address for the family, can be sent to maschani@yahoo.com.

RIP we have the watch and your classes from here! 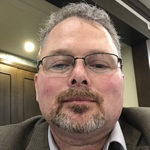 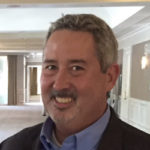 Jim Bovia is a licensed paramedic with 28 years of EMS experience, 25 as a paramedic. He also spent time as a volunteer fire fighter. He taught is first CPR class in 1989 and worked his first code at the age of 20. Jim has been an ACLS instructor for 16 years and a PALS instructor for 10. He believes his experience on the ambulance helps him be a better instructor using his experiences to help train medical and dental professionals in patient treatment and resuscitation. In his free time he enjoys spending time with his wife Sarah and their children. 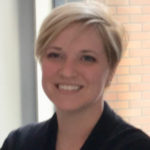 Sarah Bovia is the Chief Financial Officer at Life Support Services Inc., where she manages the company’s finances and plays a key role in day-to-day operations. Sarah is a graduate of the University of Michigan. She enjoys spending her free time with her husband, kids, & dogs. 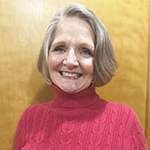